I’ve got an easy way to make your own DIY Bear Hunt and make it come to life for your kids. You’re going to love hearing them laughing and playing all day. 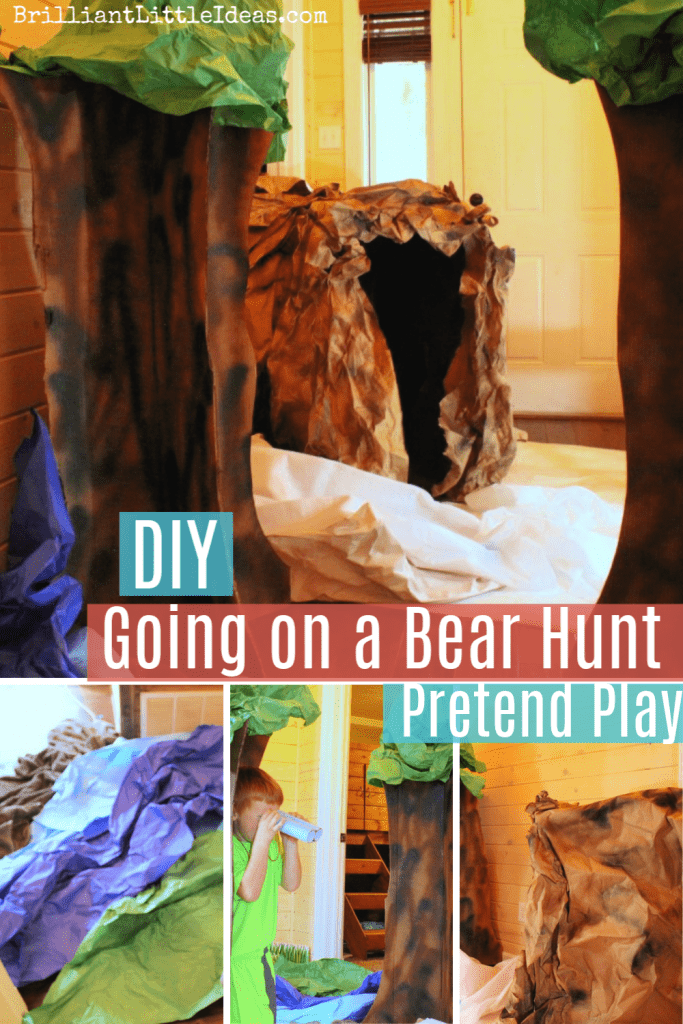 The Bear Hunt Theme was a huge hit. Seriously, like they ran, screamed, played, and laughed until they decided to demolish the whole thing.. and they did. It took them less than 5 minutes to rip everything to shreds, even smashing the cave itself.

I was a little upset to say the least, however not as upset as they were when they realized it was gone.

So on to the next theme!

I used a large sheet of cardboard and cut out two trees. To make your tree stand up you will need to cut a notch into the middle of each piece. Then slide one over the other one so they stand.

Spray paint as much as you want and done. 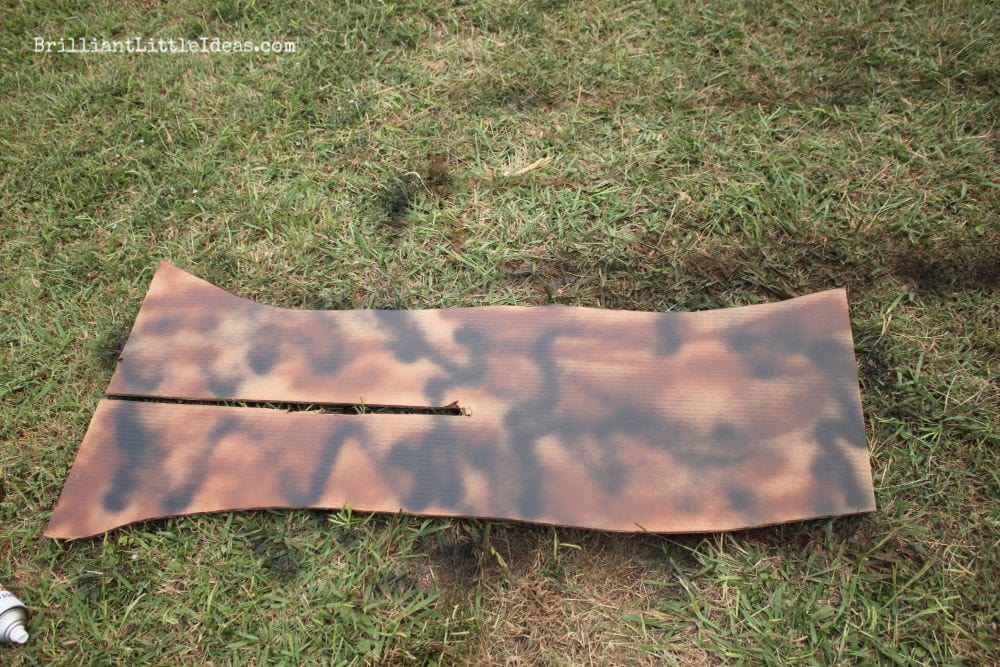 I took 2 giant boxes and made this Fireman Theme Day then transformed it into a bear cave. Adding a box to the front, brown craft paper, and spray paint for color.

The cave needed to be tunnel like in the front for the kids to be able to crawl in and find the bear hiding in the back . 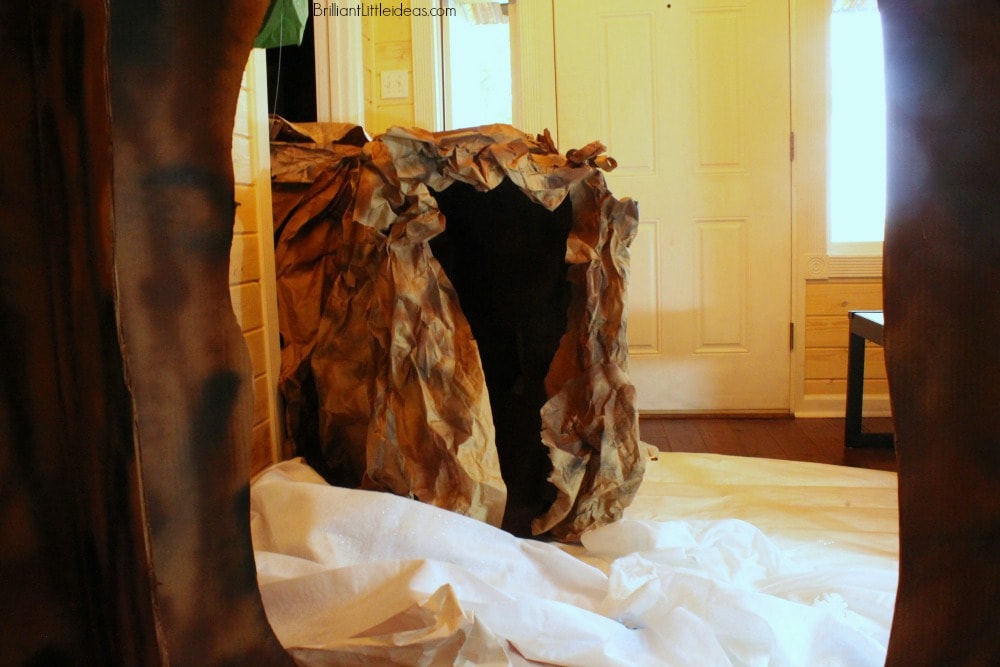 These are all actually really easy. You can use craft paper (linked above for ideas), towels, sheets, the items are endless. 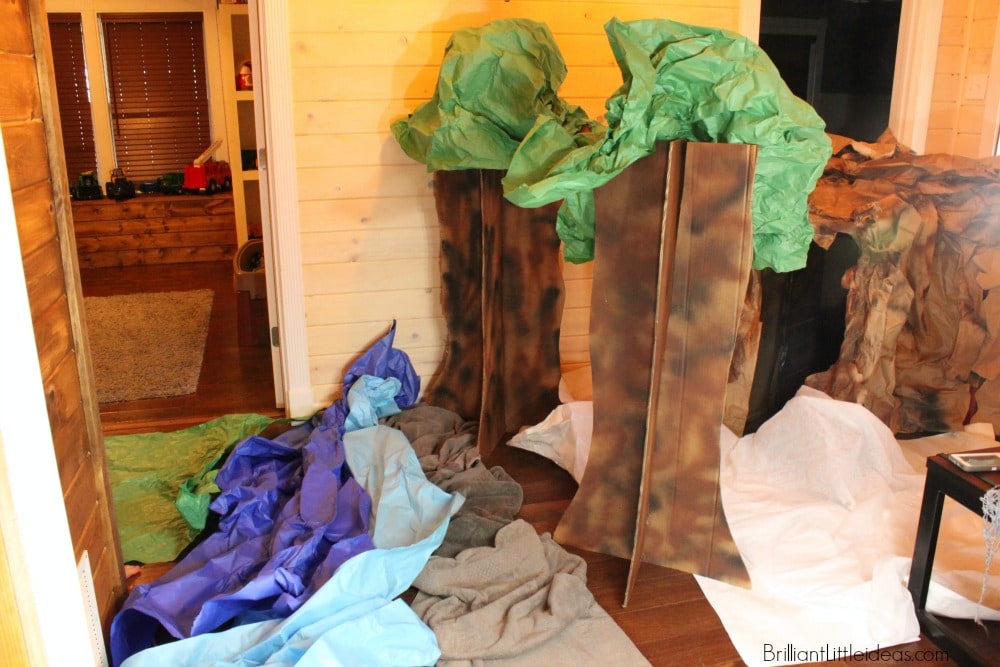 Add some foam snowflakes for fun in the snow section. No matter what I guarantee your kids will have fun. 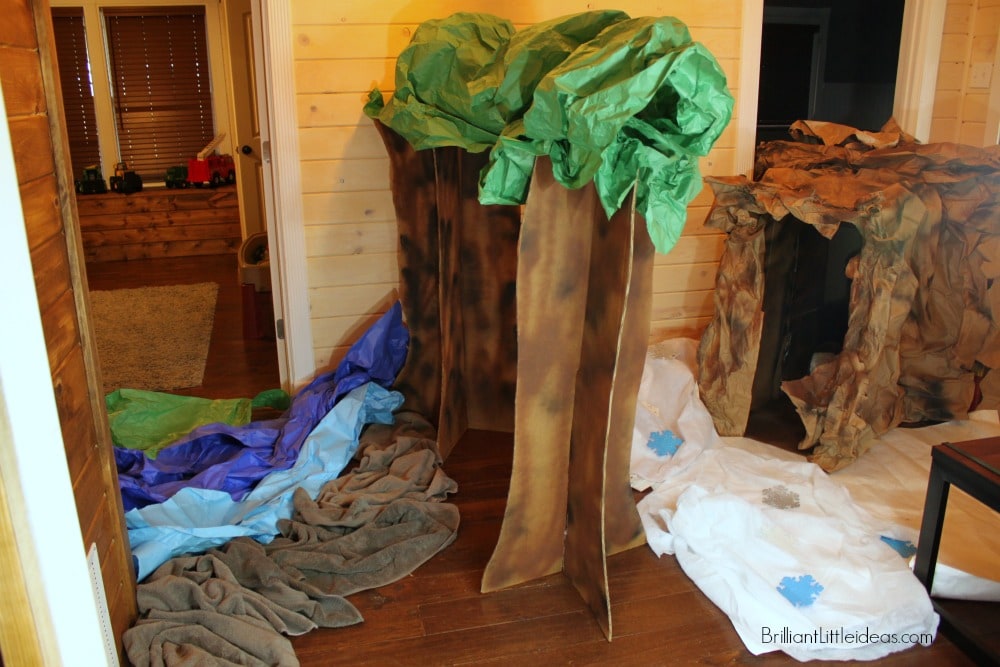 The kids started in the bedroom so they could run all the way home after finding the bear, just like in the book. 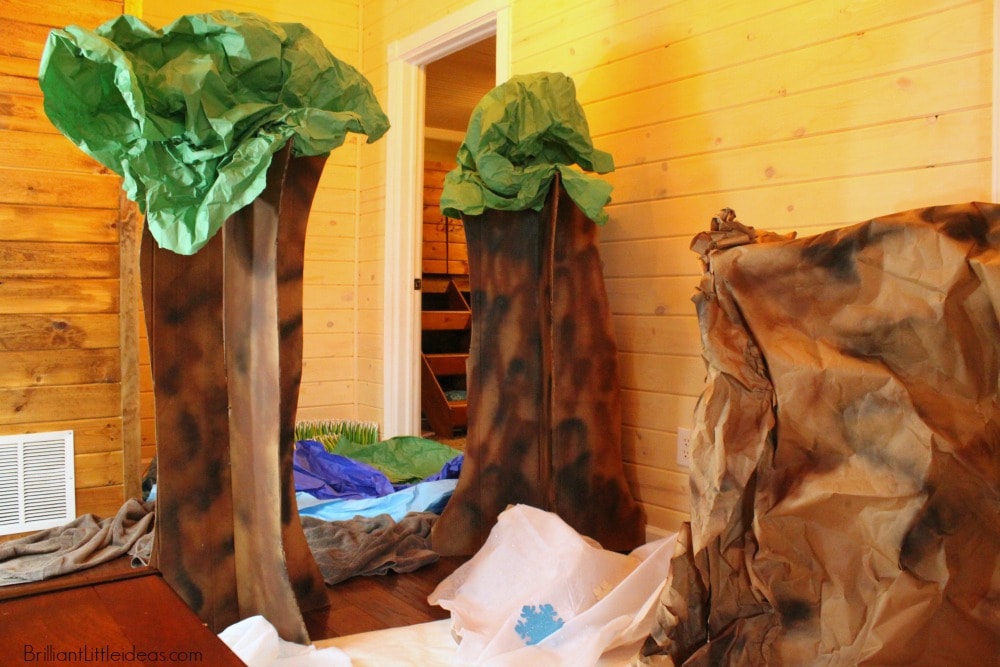 Let your kids make one of these 3 DIY Binoculars and take some Bear Hunt Trail Mix with them. 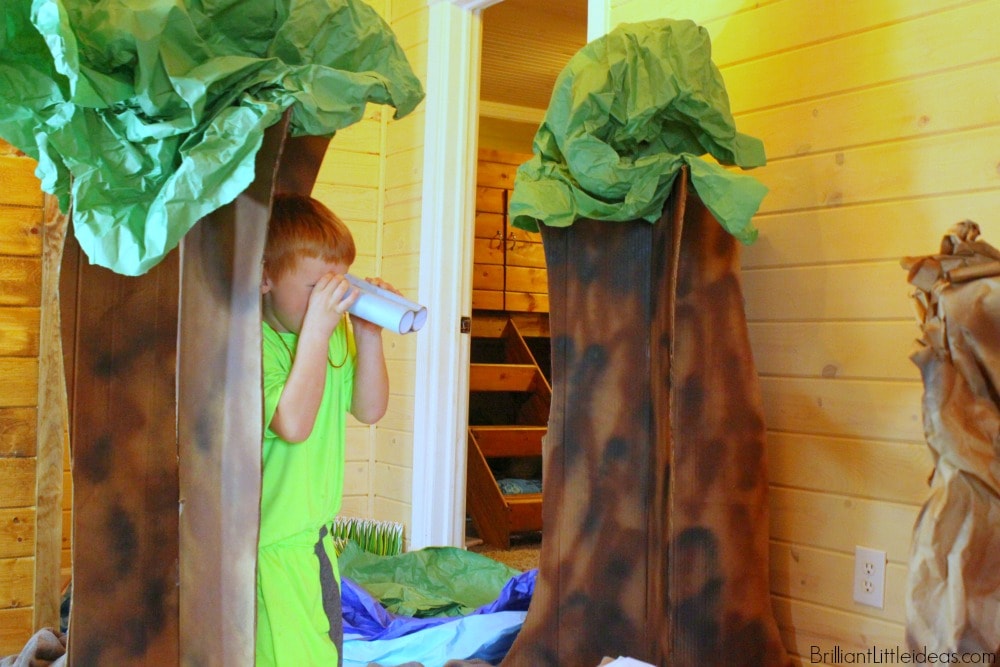 Don’t forget a map so they can find their way. You can make a felt map like this or the printable map. 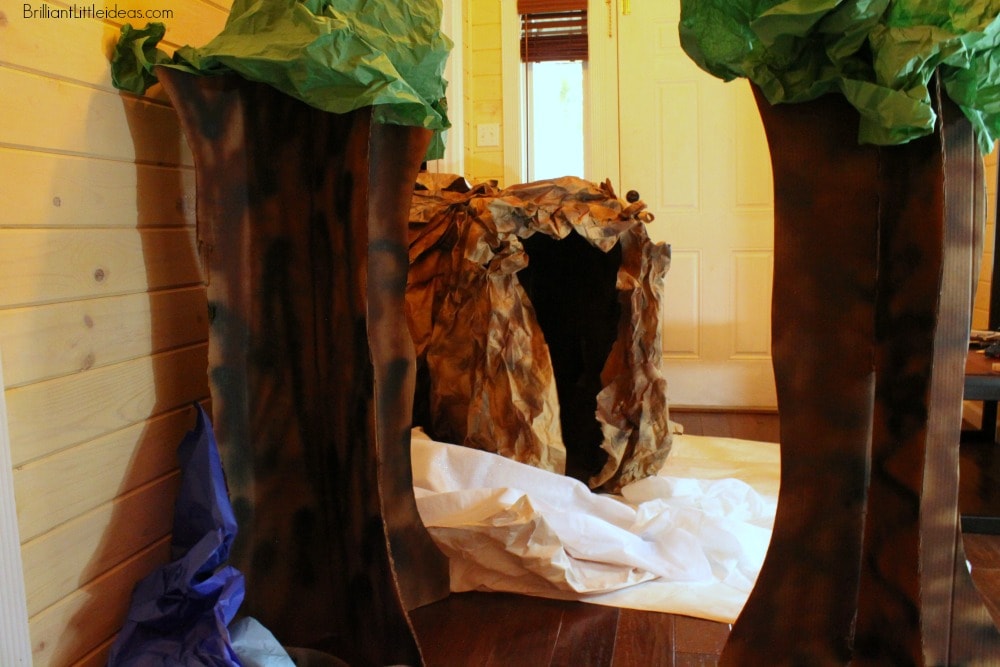 Have you read the Going on a Bear Hunt book before? 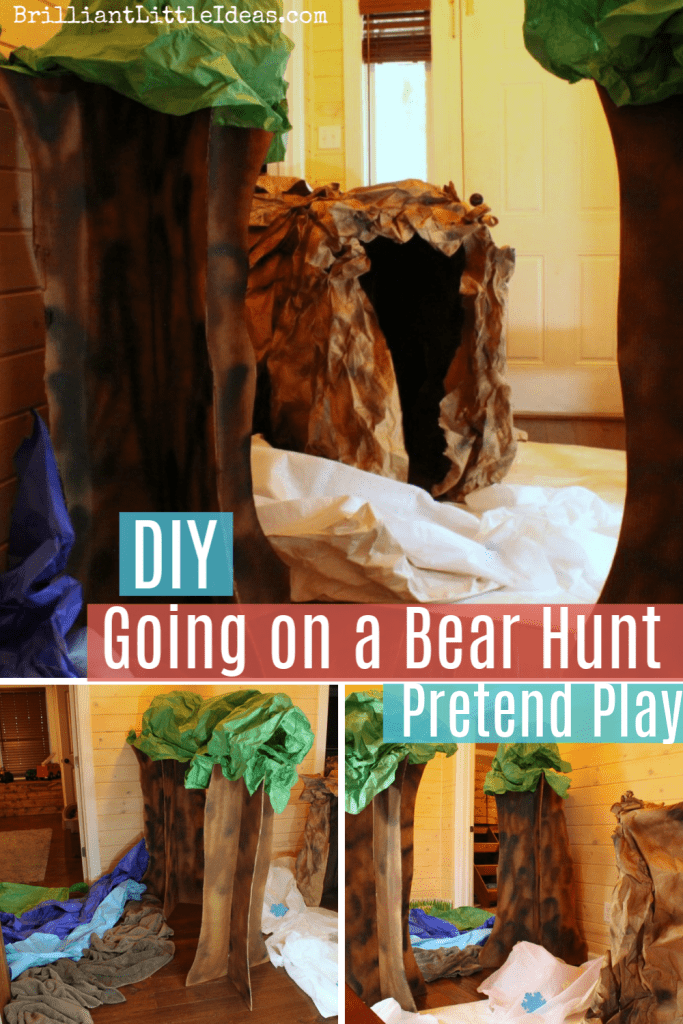 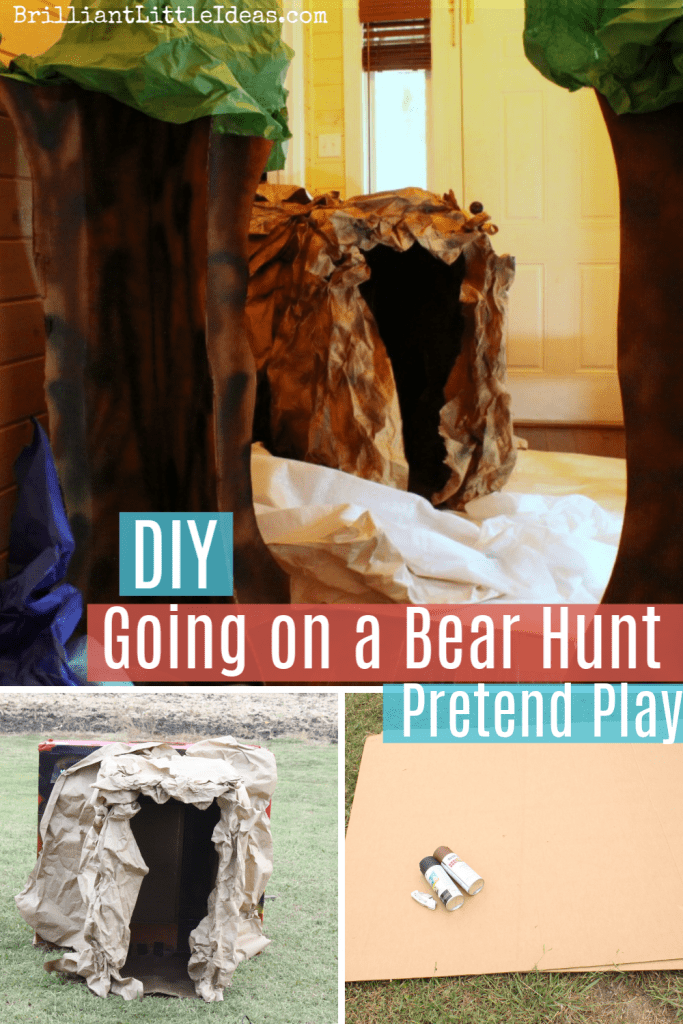 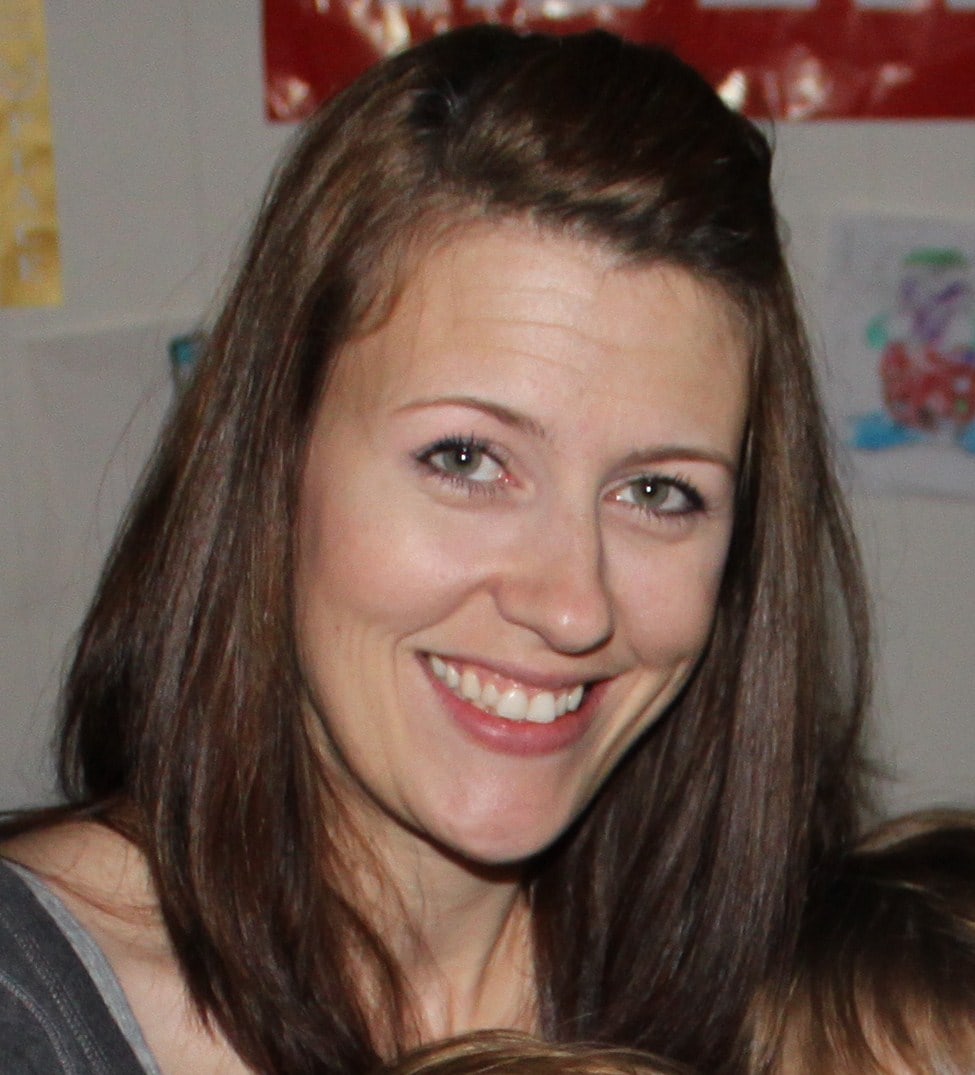